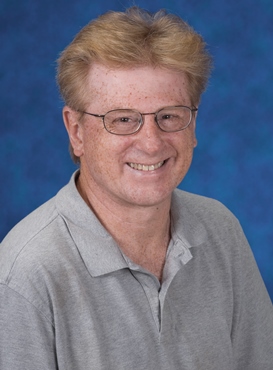 Dr. Alexander Gow is a tenured Professor in the Department of Neurology at Wayne State University School of Medicine. He is also tenured Professor and Associate Director of the Center for Molecular Medicine and Genetics and tenured Professor in the Carman and Ann Adams Department of Pediatrics in the School of Medicine. He relocated from Mount Sinai School of Medicine in New York to Wayne State University in 2000 as Assistant Professor in the Center for Molecular Medicine and Genetics, Department of Neurology and Carman and Ann Adams Department of Pediatrics. He was promoted and tenured in 2003 and promoted to full Professor in 2010. He also received the Charles H. Gershenson Distinguished Faculty Fellow award in 2010. He has served/serves on study sections at the National Institutes of Health (NIDCD and NHLBI), the National Multiple Sclerosis Society, the Italian Government Board of Experts and the US-Israel Binational Science Foundation. At Wayne State School o Medicine, he served for 8 years in the Executive committee of the Faculty Senate.

Dr Gow has an active research laboratory funded by multiple NIH awards from NINDS and NIDCD as well as continuous funded from the National Multiple Sclerosis Society since 1995. He has also received multiple funding awards from local foundations including the William and Marie Carls Foundation, Detroit Medical Center Foundation and the Children’s Foundation of Michigan. He has delivered platform presentations at a number of national and international conferences including the Gordon conference on Myelin in 1992 (discussant), 1994, 1996 and 2008. He described the mechanism of disease for the first misfolded protein disease in 1994 (Pelizaeus Merzbacher disease) and developed a bioassay to predict disease severity in patients in 2006. He was first to demonstrate the prosurvival properties of the CHOP transcription factor in the unfolded protein response in 2002. He was first to demonstrate the function of the claudin family of tight junction proteins in 1999. He was first to demonstrate a mechanism by which dysfunctional CNS myelin triggers abnormal behavior and neurotransmitter imbalance in mice as a potential etiology for neuropsychiatric disease in humans in 2018.

Dr Gow’s research laboratory (http://genetics.wayne.edu/faculty/alexander-gow) is focused on several areas of CNS myelin during development and in disease states and incorporates the auditory pathway as a means of understanding myelin function. The lab takes a multipronged systems approach to studying myelin, including molecular, cell and developmental biology in knockout, knockin and transgenic mice, behavior, confocal and electron microscopy, neurophysiology and evoked potentials, proteomics, genomics and computational modeling. The current projects are divided broadly into:

(1) behavioral studies associated with dysfunctional myelin which is caused by the absence of claudin 11 tight junctions in the compact myelin;
(2) characterization of tight junction-associated proteins in CNS myelin sheaths, and;
(3) generation and characterization of mouse models of the leukodystrophy, Pelizaeus Merzbacher disease, and progressive multiple sclerosis with respect to behavioral, cognitive and memory deficits.

Professor and Associate Director, Center for Molecular Medicine and Genetics

Professor, Depts of Pediatrics and Neurology

The lab studies CNS myelin with respect to normal development and diseases like multiple sclerosis, leukodystrophy, cerebral palsy and allodynia. We generate mouse models of these diseases for characterization using molecular/cell biology, proteomics, confocal and electron microscopy, electrophysiology and behavior. Finally, we test small molecules for mitigating the phenotypes of our mouse models.