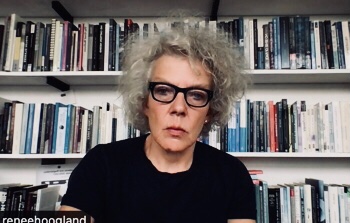 Former editor of Criticism, and Senior Editor in Chief of MacMillan Handbooks: Gender

My research focuses generally on Anglo-American literature and culture after 1870. More specifically, my work engages Cultural Studies, Critical Theory, Visual Culture, and Queer Studies. My most recent book, A Violent Embrace: Art and Aesthetics after Representation (UPNE 2014) is a philosophical inquiry into the function and effects of various forms of contemporary visual art (photography, drawing, documentary film, installation art) on the level of affect and feeling. I am currently developing a book project (titled Between Surface and Depth) on photography and one (titled Sites of Becoming) on various forms of live performances.