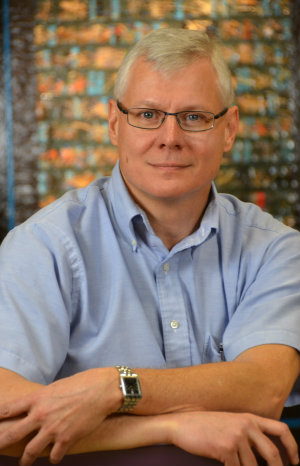 Sterol metabolism;
Hepatocyte biology.
The enzymes of the cytochrome P450 superfamily of hemoprotein monooxygenases are responsible for the oxidative metabolism of a diverse assortment of substrates, both endogenous and xenobiotic. P450s are most abundant in the liver, particularly the hepatocyte, where the amount of each P450 is controlled by a complex combination of intracellular and extracellular signals. A remarkable property of many P450s is inducibility, whereby the presence of a chemical "inducer," frequently a xenobiotic, evokes an increase in the amount of one or more P450s, which often, but not always, metabolize the inducer. In many cases, little is known about the steps that occur between entry of an inducer into the hepatocyte and accumulation of a P450 gene product.

Emerging evidence suggests that certain of the xenobiotic-inducible P450s are regulated by the same processes that control metabolism of a cell's own endogenous lipophilic chemicals. The focus of Dr. Kocarek's research is to understand the linkage between hepatocellular sterol metabolism and P450 expression, particularly P450s of the CYP2B, CYP3A and CYP4A subfamilies. This research will lead to greater understanding of the mechanisms whereby the hepatocyte recognizes, responds to, and metabolizes foreign chemicals.