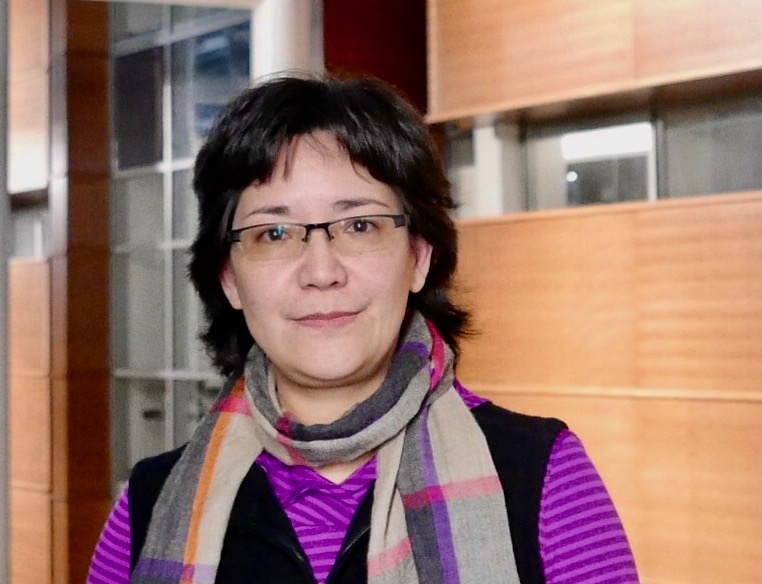 One of the long-term objectives of our research program is to understand the structural and functional roles of modified nucleosides in RNA. Although over 100 modifications and their locations in tRNAs and rRNA molecules have been identified, many questions still exist regarding the individual contributions of these modifications to RNA structure and function. Research in our group focuses on methodologies for the site-specific incorporation of modified nucleosides into RNA. The effects of modified bases on the structure and stability of ribonucleotide fragments (model RNAs) are being examined by a variety of biophysical methods. To better understand RNA dynamics and the influence of modified nucleotides, a major focus of our work is helix 69 of 23S rRNA, which contains three pseudouridine residues in its loop region. Ribosome-probing experiments are used to examine specific base accessibilities and individual nucleotide conformations that are influenced by the presence of modifications. We are also using inorganic molecules to examine nucleic acid structure. In particular, we employ platinum(II) complexes to probe the structures of large ribosomal RNA systems.

Studies in our laboratory have also focused on the characterization of drug-RNA interactions in solution using fluorescence spectroscopy and other biophysical techniques, such as mass spectrometry. RNAs that can interact antibiotics, metal ions, peptides, and small organic molecules have been synthesized. Fluorescence spectroscopy and electrospray ionization mass spectrometry methods are used to screen for improved RNA-binding ligands that can be further developed into potential antibiotics.

We are also involved with a collaborative program that integrates a combinatorial genomic technology with structural biology and combinatorial chemistry with Profs. Philip Cunningham (Biological Sciences) and John SantaLucia (Chemistry). These experiments focus on the small ribosomal subunit. The long-term goal is to develop new anti-infectives that address the issue of antibiotic resistance. Interactions of drug leads with their rRNA targets are characterized using a variety of biophysical methods to identify compounds with the highest binding affinity and specificity.